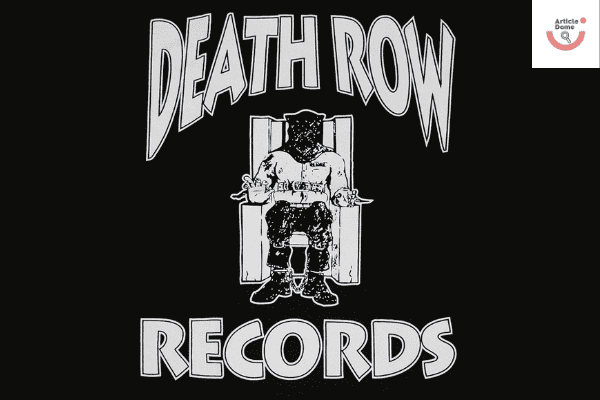 Contents hide
1 How The Label Death Row Records Was Founded
2 The First Album of Label
3 Feud with Bad Boy Records
4 Signing Tupac
5 The departure of Dr. Dre
6 Death Row Record East
7 The downfall of Death Row
8 Change in the Ownership of Label

Death Row Records is an American record. The label was found in the year 1991. Founders areThe D.O.C., Dr. Dre, Suge Knight, and Dick Griffey. The label created a great impact in the ’90s by releasing multi-platinum hip-hop albums. West Coast-based artists such as Dr. Dre, Snoop Dogg, and 2Pac. At its peak, Death Row was making over US$100 million a year.

How The Label Death Row Records Was Founded

In 1986, Easy E’s Ruthless Records signed Dr. Dre. As head of production Dre produces many projects for Ruthless Records. Such as feeling the pressures of having to produce so many acts and feelings. He was underpaid, and Dr. Dre became frustrated with Ruthless Records. After the departure of Ice Cube in 1989 over financial disagreements with Jerry Heller, Suge Knight with D.O.C. Dr.Dre that Jerry Heller is dishonest by checking all the books with the help of lawyers. Knight told Dr. Dre to make their own record label away from Jerry Heller.

After that Suge Knight, The D.O.C, Dr. Dre, and Dick Griffey began the process of starting a record label. Although Future Shock is the name of their new music label. The D.O.C. claimed to have suggested changing the name of the new label to ‘Def Row’. But an Unknown DJ already owned rights to the name.

Also, he happened to be an old friend of Dr.Dre. In one of Unknown’s interviews, he tells that he sold the right of the name to Dr.Dre in July 1991. Later in 1992, the name changed to Death Row Records. Knight approached Michael “Harry-O” Harris, a businessman to set up a parent company for Death Row. Harry-O set up Godfather Entertainment.

Knight met with Vanilla Ice through Mario “Chocolate” Johnson. He was claiming Johnson had produced and co-written the song “Ice Ice Baby”.Also, he had not received royalties for it. Then Knight started threatening Vanilla ice to give Johnson royalties.

One day at Bel Age Hotel Knight went to Ice and took him to 15th floor. He threatened Ice that if he doesn’t give him royalties then he will push him down from the balcony thenceforth Ice agreed to give royalties to Knight. That’s how Knight gets funds for Death Row Records.

The First Album of Label

In 1992 Death Row Records handle the soundtrack for the 1992 film, Deep Cover. The single, “Deep Cover”, established Dr. Dre as a solo artist and a young Snoop Doggy Dogg featuring in the song. Then Dr.Dre started working on his debut solo album “The Chronic”, which heavily featured Snoop and other members of the label. The album, which peaked at number 3 on the Billboard Top 200, went on to sell 5.7 million records worldwide.

Knight go to New York city to join Death Row’s entourage to the 2nd Annual Source Awards ceremony.In award show Suge used his brief stage time mainly to disparage “Puff Daddy” boss of Bad Boy Records, saying “Any artist out there that want to be an artist and want to stay a star, and don’t want to have to worry about the executive producer trying to be all in the videos … All on the records … dancing, come to Death Row!” And after sometime when Snoop was on stage he also dis whole east coast. The rivalry between two main record label of hip-hop came in mainstream.

On September 24, 1995, at a party for Dupri in Atlanta at the Platinum House nightclub, a Bad Boy circle entered a heated dispute with Suge and Suge’s friend ‘Big Jake’. While fudeing  “Puff Daddy” bodyguard fired on “Big Jake” and he died on the spot. This feud was so aggressive in 90’s. That this two record label feud became so big that it converted into caostal feud between East Coast and West Coast.

The departure of Dr. Dre

Knight was a very aggressive person in nature he settled all problems with violence. After the rapper named RBX left Death Row Knight control label very tightly, that violence increased between label.

Now Knight was paying more attention to violence and less to music. One report was that Samm Sneed was beaten in one of the label’s meetings by a group of Death Row affiliates, led by Suge Knight and 2Pac.

According to Daz Dillinger, the reason this happened was that Sam Sneed had too many East Coast rappers in his “Lady Heroin” music video. After seeing all this Dr. Dre gets irritated. Dre talked with Knight that we are artist not gangster and said stop all this but Knight didn’t pay attention to Dr. Dre’s words. While talking to Knight fight broke out between Dre and other two members who were sitting on the couch, Dre bit the other two members. On March 22, 1996 Dr. Dre left Death Row Record and started his new label Aftermath.

After seeing the success of Death Row Record, Knight planned to open Death Row Record in East Coast. According to the movie “All Eyez On Me” which is made on Pac’s life. When pac wanted to leave Death Row and want to start his own record label and also production house. Then Suge tell him that he not only give pac money but also give him many things like protection, support, gifts and etc, and Knight said that this is the reason that pac will not leave Death Row.

After few days Knight called pac and tell him he thinks about Pac’s idea and he wants to offer him partnership in Death Row and also thinks about opening a new label Death Row East. Pac will became the new boss of new label in East Coast. Eventually, pac agreed on that and done official announcement in interview. But the idea never came in reality because of the death of Tupac.

The downfall of Death Row

After departure of Dre and death of Pac, all the burden came on Snoop shoulders. He also want to left the label because of fighting between the label.  Suge Knight was convicted of parole violation and sentenced to nine years in prison. All the others rappers starting to leave the label. Although the label was giving well claimed album’s and earning very much. In 2001 Knight was released from prison. He started to revive the lebal but he failed. In 2006 Suge and death row both filed bankruptcy.

Change in the Ownership of Label

On January 15, 2009, Death Row Records was owned by entertainment development company WIDEawake for US$18 million. The company was helped by another company called New Solutions Financial Corporation. The company put efforts to change the image of the label by taking good decision.

On December 10, 2012, New Solutions Financial Corp., the company that owned WIDEawake Death Row, had gone bankrupt and sold label to a publicly held company. In 2013 Entertainment One was became the new owner of Label.