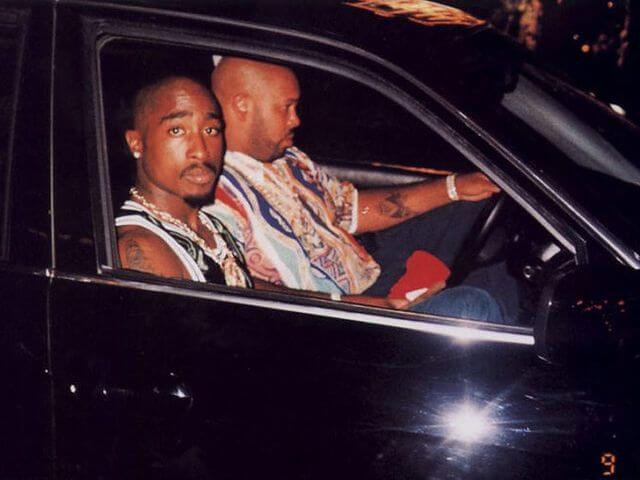 Tupac Amaru Shakur mostly known as 2pac or Makaveli was an American rapper and actor. Regrettably, he died at the age of 25. But many people are wondering, “Where is Tupac Buried?”. Tupac was cremated after his death. Tupac’s ashes were returned to his family. After he was cremated. Because cremation is a method of funeral that involves the burning of a deceased body.

His mother collected his ashes following cremation. Tupac’s mother has stated that she will transport her son’s ashes and bury them in Soweto. It is the ancestral home of his ancestors. That is why his mother chose the location.

Tupac’s mother held a memorial service for the ashes of Soweto, South Africa’s township. Afeni Shakur mother of Tupac stated that. Tupac would be honored. When he is resting in this beautiful area.

Contents hide
1 Who is Tupac or 2pac
2 What Happened on 7 September with Tupac
2.1 After the brawl between Tupac and Anderson
2.2 Treatment in The Hospital
2.3 The four theories or prime suspects in the murder:
3 FAQ Regarding Tupac

Who is Tupac or 2pac

Tupac was born on 16 June 1971 in New York City, U.S. He is one of the most influential rappers of all time. Pac has a world record of selling 75 million records worldwide. Tupac Amar Shakur’s music was praised. For tackling contemporary socioeconomic issues. That affected inner communities. Tupac is seen as a symbol of anti-inequality activism.

What Happened on 7 September with Tupac

On the night of 7 September 1996, Pac went to Las Vegas, Nevada to watch a boxing match. This was going to happen between Bruce Sheldon vs Mike Tyson with Suge Knight at MGM Grand. After the match when they are in the lobby. Someone in PAC’s group spotted Orlando Baby Lane Anderson a member of Southside Compton Crip.

A few months earlier Anderson with his Crip gang member tried to snatch the neck chain with a Death Row Record medallion in a shopping mall from the same person that spotted him in the lobby. The person quickly informed 2pac about Anderson to Tupac. So he went near Anderson and punches him in the face. Then Punch knocked out Anderson. And fell to the ground then all of Pac’s friends started assaulting Anderson security came and stop the fight.

After the brawl between Tupac and Anderson

Pac returned to his hotel, the Luxor Las Vegas where he met with his girlfriend Kidada Jones. After changing clothes 2pac left for club 662 with Suge Knight in a BMW sedan car to attend a party. Suge Knight was the owner of Club 662.

At 11:10 p.m (PDT), they were stopped at a red light at the intersection of East Flamingo Road. Koval Lane a vehicle occupied by two women pulled up on their left side. Shakur, who was talking through the window of his BMW sedan, exchanged words with the two women. He invited them along with him to Club 662.

At 11:15 p.m (PDT), a white Cadillac pulled up to Knight’s right side. The shooter was seating at the back of the Cadillac and fired gunshots from a Glock at Shakur’s BMW. Pac was shotted four times, twice in the chest. Once in the arm, once in the thigh, and Knight was hit in the head. Despite getting hit by a bullet. Knight drove the car mile away from the site.

Treatment in The Hospital

After that police pulled over and stop Shakur & Knight. They took both of them to the University Medical Center of Southern Nevada. In the hospital, 2Pac was placed on life support machines.

He was ultimately put under a medically induced coma after trying to get out of bed. On the other side, Knight was released from the hospital on 8 September.

After Six days while in critical care on the afternoon of Friday, 13 September 1996. Tupac Amaru Shakur died of respiratory failure that led to cardiac arrest after the removal of his right lung. Doctors tried to revive him but they failed. After that Afeni Shakur, the mother of Tupac decided to stop the treatment and let Shakur die. At 4:03 p.m doctors declare Pac was no more or dead. There is no clear statement till now.

That is why Afeni Shakur stopped his own son’s treatment. But many believed that Afeni think that his son also did not want to live. She didn’t want to see his son in pain so that’s why Afeni made the decision.

And that’s how we lose one of the Greatest Rapper of all time Tupac Amaru Shakur. Many investigations are done. After the death of 2pac but the police find no one who killed Tupac. Even though they have four theories or prime suspects in this case. But still, after 26 years no one knows who murdered Tupac.

The four theories or prime suspects in the murder:

1) Some people’s believed that the owner of the Bad Boy Record Label Puff Daddy killed Tupac. Because they have a feud with Death Row Record the label that owned Tupac. There was a theory, that Puff gave money assumed to be 50 million to shooters for assassination.

2) Some believed his owner and friend Suge Knight killed Tupac. Because Pac wanted to leave Death Row Record. And Knight did not want to lose Tupac so he planned to kill Tupac.

3) Some believed and it is a more accurate theory that Orlando Anderson killed Tupac. The man Tupac fought in the lobby of MGM Grand. So to take his revenge Anderson killed Pac.

4) Others believe that the terrorist group killed 2pac. They wanted protection money from Tupac. And Pac does not want to give his money to terrorists. So to teach a lesson to Pac terrorists killed him.

What was the name of Tupac’s wife?

The name of Tupacs wife was Keisha Morris.

Who is Tupac’s manager?

Suge Knight was the manager of Tupac.

How old would Tuapc be today?

Why did Tupac go to jail?

Shakur was imprisoned for eight months on sexual assault allegations in 1995 but was freed pending an appeal of his conviction.